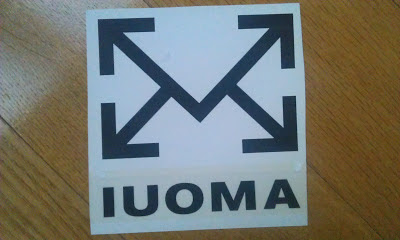 With the year 2013 coming closer I have been digging into the historic archives of the IUOMA to document some details of the past. The logo above is quite known in the mail-art network. In 1990 it was designed by Piermario Ciani (Italy) for the IUOMA and has been used ever since. 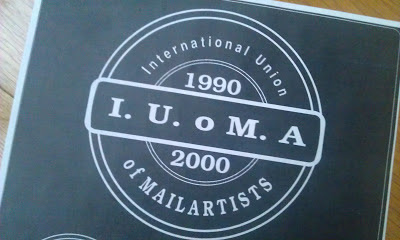 Lon Spiegelman (USA) designes also some logos for the IUOMA. His favorite round logos are also wellknow. He made them for several mail-artists and organisations.  I even made a rubberstamp of one of the logos (leaving out the year) which is still used. 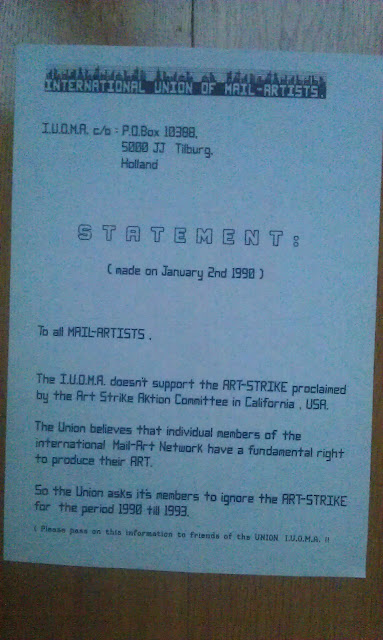 In the ART-STRIKE years the IUOMA also took its position and declared against it. The formal statement from the archives now located in Breda, Netherlands. 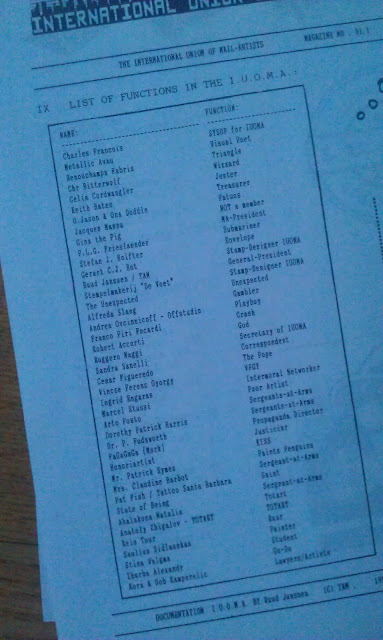 The list of people with special functions inside the IUOMA as published in the first IUOMA magazine in 1991. 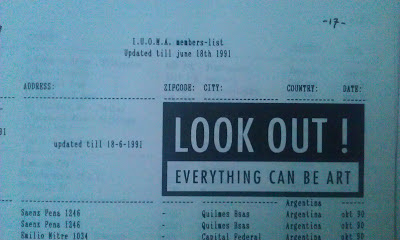 Posted by Ruud Janssen at 12:46 AM No comments:

The IUOMA (International Union of Mail-Artists) can be reached by mail at:

Ruud Janssen
Ruud Janssen, Mail Artist, publisher of mail-interviews, founder of the IUOMA & the TAM Rubber Stamp Archive, and basically all that has to do with mail art...

Want to support the IUOMA with a financial gift?

The money will be used to keep the IUOMA-platform alive. Current donations keep platform online till: August 2012. IUOMA is a non-profit organisation. If you want to donate to get IUOMA-publications into archives and museums please mention this with your donation.